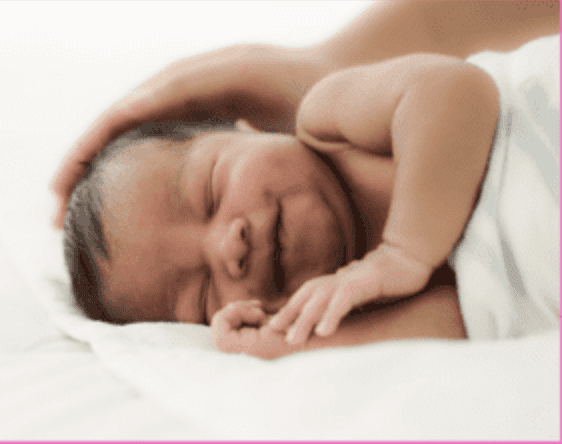 Jada will always have a connection to this little girl.

This little girl will always know of her birth mother’s love.

Three months after we had first met 14-year-old Jada, she sent us a list of the things she would like to see in an adoptive family. We had limited our communication with Jada by only going through the young girl’s mother. This soon-to-be grandmother had a lot of questions about adoption.

We only worked with the mother.

We limited our contact to strongly encouraging the young girl to continue visiting the counselor assigned to her by the state. The soon-to-be grandmother was the one who needed to help the teenager.

A few weeks before her due date, Jada sent us a list of requirements for the type of adoptive family she wanted.

These requests were surprisingly mature. She had thought about her future and the future of her baby and wanted to be sure those two futures could coincide.

Only an attorney who represented Jada and a hospital social worker were allowed into the room for relinquishment signing. The attorney spent a long time making sure the decisions made were in the teenager’s best interest.

After relinquishment was completed, the teenage mother, her mother, the baby, the new adoptive mother, and her mother—four women and a baby–spent three days together.

At the end of the three days, Jada asked Jodi from Heart to Heart if the two of them could go to the beach. The young girl wanted time to think.

She wanted to watch the waves.

She needed a friend, so rather than see the baby placed with the adoptive family and leave, Jodi took Jada to the ocean. Then they went to the craft store and got material to scrapbook.

“She just needed the time,” Jodi explained. “She is so young, and she has made such a tough decision. Being with her was my privilege.”

No Adoption in a Perfect World? Define Perfect for Me, Please.

Wendi Didn’t Want Jessica to Ever Regret Her Decision