Some of our adoptive families share their adoption journies.

After Two Years, They Found Their Son

Hunter was three months old when Cody and Samantha learned of his birth.

d the email describing the tiny boy’s situation. Cody summarizes the information he remembers from that first email.

“They wanted to know if we were interested in being presented as a potential match for this child,” Cody said. “We had been presented to probably ten to fifteen situations over the last two years and had never been chosen. We had felt like God had led us to do this, but we were having a lot of doubts.”

Even with all the uncertainties and unknowns, both Cody and Samantha felt a long-distant kind of bond with the child described in the email.  Nevertheless, they refused to feel hopeful since that hope had been dashed so many times before.

“I was meeting Samantha and our two boys for lunch in the park,” Cody said. “We were walking around a pond. As soon as I saw it was them (Heart to Heart) calling, I wondered if this was THE call. So I put my phone on speaker.”

Samantha explains the rest of the conversation: “First thing they said was, ‘We have sat down, looked over your profile, and together we feel you would be good parents for Hunter.’” Samantha continues the story. “They said, “We feel your family is a good match for him. He’d be happy there and fit right in.”

“We didn’t say anything,” Cody said. “We were kind of in shock, and they didn’t say the words. Finally, we asked, ‘By saying you feel he would be good with us, what are you saying? You need to clarify.”

The clarification came simply with the words,

“I know they kept saying stuff, but our minds were stuck on, “He’s yours,” Cody said.

Although the timing hadn’t been as they had expected, the timing was perfect. Cody, a civil engineer, had work he could accomplish remotely. Samantha makes her own work schedule.

“Heart to Heart was very kind and very nice giving us the next steps,” Cody said. “We were in shock. We had finally been selected. A long time coming. We didn’t say a whole lot to each other as we finished our walk. We were processing. Then we had to spring into action. Make plans to go.”

The couple had to update their home study because they were in the process of moving into a new home. This took a few days, but the timing allowed them to make a cross-country trip and to spend time with their new son and brother as he grew towards being released from the hospital.

There are no sweeter words.

Children and Birth Mothers Should Trust You 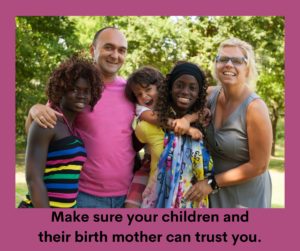 There are all kinds of great stories at an adoption agency. Between birthmothers and adoptive parents, we see the absolute best people in the world. Sometimes we see people when they aren’t at their best.

I want to tell you one of those stories about NOT at their best. 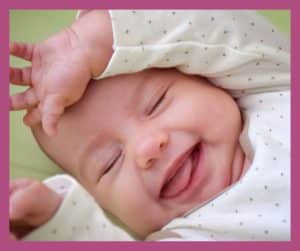 Confidentiality is especially important to us. We won’t tell your story. It’s your story.

However, we do want birth mothers and adoptive parents to listen to this story without identifying details.

The story is about a couple who didn’t keep their promise to the birth mother. They said they would send emails on a regular basis, and they didn’t.

If you are an adoptive family and you had trouble getting to an appointment, or sending a picture right on schedule, or canceled a meeting because of safety issues, don’t get defensive. We aren’t talking about you. We know life happens.  We know you will make things right.

We know you understand the importance of your children knowing they can trust you.

If the birth family can’t trust you, can your children trust you?

Right now we are talking about a family who didn’t hold up their end of the bargain.

The adoptive family proved to be incredible parents. They gave their children great opportunities and a lot of love. However, they didn’t follow through on their promises to a birthmother.

And then that same birth mother was in a position where she needed to place another baby.

That adoptive family would like another child. How wonderful if those two children could be raised together.

But it’s not going to happen because the adoptive parents didn’t follow through on their promises.

Life gets busy, buts it’s never too busy to send an email with attached pictures. 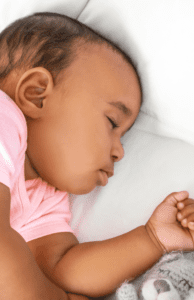 Birth mothers will never forget about the child they carried for nine months.

The love for their child will be there forever, and what a wonderful thing to have more people love a child.  Placing a child is not like the death of a child. The child is still here, and the birth family deserves to know about them and see that they are happy and well.

Adoptive parents, you don’t keep up communications because communicating with a birth mother might lead to another child. You communicate because it is the right thing to do.

There are so many types of open adoptions.

Some families celebrate holidays together and go to lunch. Others communicate directly with one another through texts and emails. Still, others use our agency to keep some anonymity between one another. Still, there are other birth mothers who choose to create more separation until they have adjusted their own life’s situation.

You need to be trustworthy. When your child meets with their birth family, whether that is next week or in years to come, you want the child to know YOU always kept your word.

We came across Heart to Heart thanks to the adoption consultant we were working with in Florida (The Adoption Consultancy is the group’s name).

Ultimately, we decided to choose Heart to Heart as one of our agencies because they offered more financial protections than other agencies. This protection was important to us because my wife and I are public school teachers and wanted to have some protection in the process.

Now, our ultimate matching was definitely a stork situation.

I had emailed Darla at the agency on June 10th, and she let me know there was a situation we might be interested in, which we decided to put in for.

We quickly loaded the car to get to Utah.

Once we finally got there, the experience could not have gone more smoothly, in my opinion. The agency set us up with a great rate on an extended stay.

More importantly, it was how they treated both the birth mother and us.

They did an excellent job making us all feel very comfortable, which meant a great deal to me because of the pressure of the situation.

After a whirlwind 48 hours, the agency took care of all of the paperwork, which they explained very well, and we were able to take our son on June 13th (which happened to be our anniversary.)

Again, I might be underselling how smooth the process went with the agency, considering it was one of those cases that came out of the blue.

I was definitely impressed at how caring the folks at the agency were towards myself and my wife and, more importantly, the birth Mother who gave us the amazing gift of our son.

Will a Child Fit in Your Schedule? One Mother's Story.

The light on my office phone was blinking. I could see the annoying notification through the window as I tried to herd high school students to their next class.

We were headed into Thanksgiving vacation. I’d purposely scheduled all the composition papers due the day before the holiday, so I would have a five-day break to read them. I didn’t want additional responsibilities, something administrators and parents tended to assume childless couples were seeking.

“Yes,” I said, picking up the receiver and nodding to a student who handed me a late assignment.

The voice on the other end was more friendly than mine was.

“Yes,” I took another student’s paper and tried to match the caller’s graciousness. I failed miserably.

I knew this was our social worker wanting us to update our fingerprints.

“Kent,” I said, trying to stack an unruly pile of paper while shaking my head at a student who had just hauled in a giant bag of Doritos and was acting out a commercial. “Can we come down on Monday?”

“You busy today?” he asked pleasantly.

“Well, kind of,” I replied, keeping an eye on the Doritos bag. I needed to get into the classroom before the chips became part of the carpet.

To heck with Doritos. Who cared about the essays? Let someone else stand round at the dance. We were going to get a baby.

The Doritos were no problem either. I took the large bag and went around the classroom, giving every kid a portion, and, as the owner looked on, I tossed the rest. Then I called the principal. I’m sure he cringed when he saw his light blinking. To bad. Deal with it. We’re going to get a baby. You, Mr. Administrator, can find me a sub.

When your baby comes, you’ll figure it out. You’ll change priorities. You’ll not take on quite so many assignments. You’ll laugh more at the chips, and you’ll care less about the floors. If you don’t, you’ll go crazy.

Birth mothers aren’t wanting to “give my baby away.” They aren’t “giving up my baby.” They are finding a perfect place for their baby.