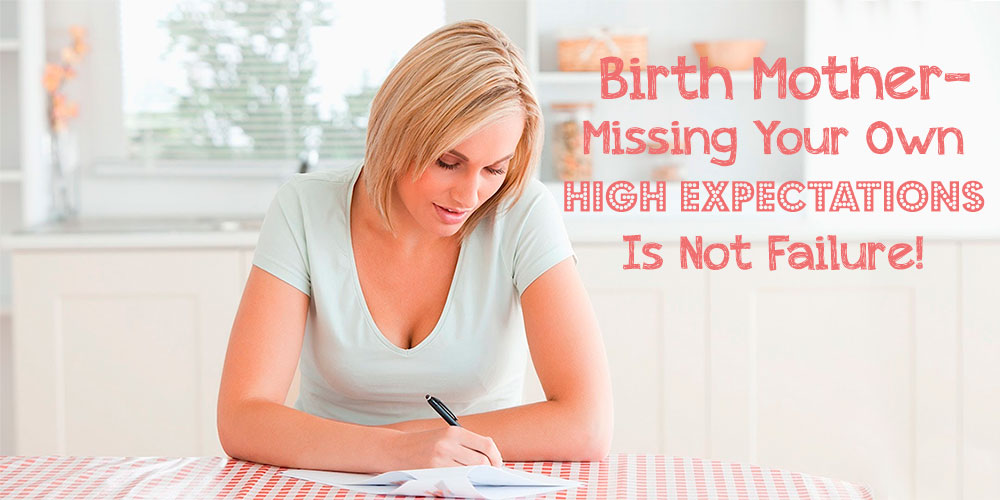 Hello! My name is Rebekah. I am 39 years old and I am a birth mother to a wonderful five year old little boy named Tyrus. Before Tyrus was born I thought a lot about what I wanted my relationship to look like with him. I knew I was not going to be the one raising him. I knew that I had chosen a family for him that lived states away. But, I still had some ideas about how I could stay in touch and be part of his life from a distance.

One thing that was a really big deal for me was that I wanted to find a bunch of the same matching stationary. I was going to write Tyrus a letter every month of his life until he turned one year old. After he turned a year I would write him a letter every six months and then after that I would just make sure I wrote once a year or more depending on what I could think to write to him. I knew that he couldn’t read, but I had this dream of his mom and dad handing him all these cute little matching envelopes some day with my letters in them wrapped up in a ribbon from his birth mom. How special would that be for him or maybe for his future wife and kids to have a little history on his life?

As the first year of his life passed by, and then the second and third and now fifth, I realized that my idea of what I wanted my relationship to look like with my birth son was not going according to plan. I had not written him as many letters as I wanted to, and I wasn’t making phone calls to him very often. I started to feel like a bit of a failure in the relationship department with my birth son. The guilt set in.

Tyrus’s mother and I have a pretty good relationship. Ironically, we have the same name, “Rebekah,” so I will refer to her as my birth son’s mom. A couple weeks ago we were having a conversation and I was telling her how I was just really feeling like a failure when it came to my relationship with Tyrus. I wanted to do more for him and I hoped it wasn’t too late. Tyrus’ mother is a beautiful lady and someone I have great respect for. What she said to me next would change the way I looked at adoption and my role in nurturing my relationship with my birth son. Her words to me were:

“Rebekah, my love for you is so great. God doesn’t hold your failures against you; you shouldn’t either.”

“It’s never too late to invest in relationships.”

“Tyrus adores you and all the things that you do for him. He’s never once talked about the things you don’t do.”

It was like a light went on in my head. She was right. I was the one putting all these expectations on myself. Tyrus enjoyed the letters I did send and had no idea about the letters I didn’t send. The few birthday presents and Christmas presents I’ve sent him he still speaks about and plays with. But, he never speaks about things I didn’t do for him. It’s still hard for me to let go of the guilt. I think somewhere in my heart there is this responsibility I feel because I did birth Tyrus and naturally as a mother you want to do more and more. I had to come to terms with the fact that I did place him for adoption. I did trust Rebekah and Ben to raise him and give him all the physical and emotional love that he needs…and you know what….they are!!

I’m so blessed to have the relationship with my son’s mother that I do. It has truly been a gift. Going forward I will make every effort I can to have a relationship with my son and try and let the guilt of the situation settle down and give it to God. Adoption requires a lot of trust and I’m learning every day what that looks like for me.

Placing Your Child is Right, Not Seeing the Child is Wrong