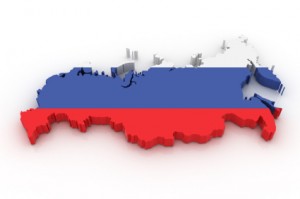 Recently, Russia banned adoptions by Americans, causing outrage worldwide. The Russian Parliament and President Vladimir Putin made this dramatic political move in response to the United State’s Magnitsky Act, which heavily sanctions those countries that violate human rights. However, in a move that hit below the belts of orphans scattered across Russia, this highly regulated regime determined parents in the U.S. were not fit to adopt Russian children.

The 46 adoptive parents that were currently adopting Russian children felt the political wheels grind to a screeching halt, their dreams of providing a home to an inopportune child left shattered in millions of pieces, along with a stabbing painful emptiness that consumes their hearts.

In this political game of chess, Russia simply checked the king and combined with Vegas-style high rollers’ gambling, threw a high-stakes chip into the mix. Unfortunately, for adoptive parents in America, Russian children account for nearly 10-percent of foreign adoptions in the U.S. This translates to power in Russia’s eyes. Simply stated: strength in numbers.

Child rights’ activists claim Russia’s tactile move violates the Convention of the Rights of the Child and the Vienna Convention on the Law of Treaties. As Russia is a party to the aforementioned agreements, the ban technically violates Russia’s federal law. Although, Russia’s advocates suggest that banning foreign adoptions allows Russia’s child welfare system to monitor and protect adopted children. However, no one can argue that the true sufferers in this entire scenario are the children who will remain in Russian orphanages, growing up in a parentless world, one that revolves around government regulations.

With more than 750,000 Russian children in institutions and orphanages, half of these children have special needs diagnoses, kept in seclusion from Russia’s mainstream society. In a nation that revolves around stoic behavior, Russia essentially has affirmed their stance towards human rights violations.

Russia is rolling the dice, as their international adoptions bring in more than $1.5 billion annually, with each adoption costing from $30,000 to $50,000. The U.S. claims they will continue to cooperate with Russia in political issues, despite their child adoption ban.

President Putin’s message is loud and clear: his value for human life is nothing more than collateral damage in a strategic political game.

Heart to Heart, a Utah adoption agency, offers adoption for domestic children in the U.S. They strive to help birth mothers and adoptive parents through the adoption process, albeit it open adoption or private adoption.

“I’ll Have My Birth Mom Adopt Me Back,” My Daughter Threatened