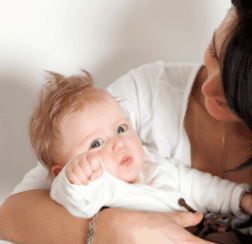 The woman was animate, angry, and wanted to remain anonymous.

“I don’t want to hurt my parents. I understand jealousy and fear are human emotions. You are going to experience those emotions whether you are an adoptive parent or biological parents. It’s not wrong to have your little feelings, but don’t let your issues interfere with what a child needs. And what a child needs is to have their curiosity about biology validated.”

Still animated, she suggested that adoptive parents are fearful of being replaced by a biological parent.

“That’s ridiculous. Unless an adoptive parent abuses a kid, I’ve never known one single adopted person who wants to abandon those who raised her. However, every adopted person I’ve ever known is understandably curious about the DNA and the situation surrounding their birth.”

“Some adoptive kids get close to their biological family. Some don’t. Just don’t be irrational with your own emotions, instead, think about the kids.”

This woman’s experiences need to be validated. Seeing her perspective gives us more perspective. Always try to see the scenery from a different viewpoint and don’t be

I Wish More Black People Would Act Like You. What Kind of Compliment is That?