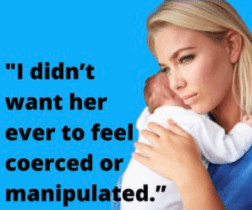 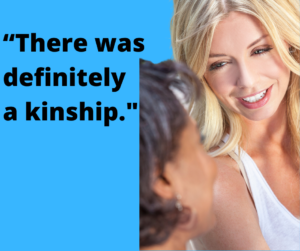 Jessica lied to her mother and the rest of her family.

She had been hiding her pregnancy; however, this deception was not going to be possible anymore. Instead of revealing her situation, she took her four-year-old and two-year-old sons and left, telling her family she was going to school. She planned to place the baby with Wendi until anyone even knew of his existence.

Wendi met Jessica through a caseworker.

“We talked for hours that first night,” Wendi explained. “There was definitely a kinship, a relationship.”

Jessica could easily change her mind, and Jessica needed to tell her mother and make sure the birth father was agreeable to placement. 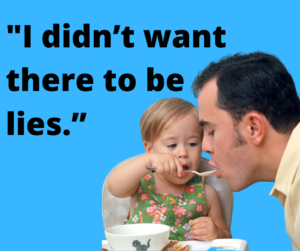 “I didn’t want there to be lies and dishonesty,” Wendi said.

To ensure there was no deception, Wendi bought an airline ticket for Jessica’s mother to fly across the country and spend a week with Jessica and Wendi’s extended family.

Wendi and Jessica’s mother went to the hospital when the baby was born. 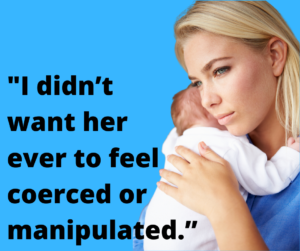 “I left them together with Jayden,” Wendi said of the night after the birth. “That was the worse night. I knew her mother would talk her out of placing the baby. But I knew this was the right way. I didn’t want her ever to feel coerced or manipulated.”

Jessica and her mother flew home and left Jayden with Wendi. They speak regularly. The two older boys and Jayden exchanged pictures.
Wendi feels the relationship has remained close because “Everything I told Jessica I would do. I didn’t blow her off.”

As an agency, we encourage our adoptive parents to, “Do everything they said they would do.”
This does not mean we become victims. There are scams out there. We don’t want you victimized. But we always try to love the birth family and let them know of our love.

We Tell You the Exact Cost of Your Adoption

Relatives All Over the World Extends Love For One Adopted Child