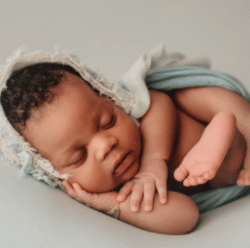 There are those who can’t imagine giving birth to a child and then allowing someone else to raise that child.

I want to introduce those people to Shayla*.

Shayla lost several of her toes to frostbite. While lost in a haze of chemicals swimming through her bloodstream, she laid down in an icy back alley and almost died. Court-ordered rehab has not been successful. Instead, the demons Shayla fights, bestowed upon her by a chaotic childhood, have plagued her. Twice, she cradled an infant and begged a family to care for the little child who came into the world battling in utero drug exposure.  Both sets of adoptive parents hugged Shayla. Both sets of adoptive parents love her, pray for her, and support her however they can.

I want to introduce those who don’t understand adoption to Trudy.

Trudy has three children and is suffering from a degenerative disease that makes holding her children difficult. She wants an open adoption where she can see her new baby but ensure the child isn’t neglected. There are so many examples we could give you, but in the interest of privacy, please, know, our birth mothers love their children. Our adoptive parents are incredible individuals who willing accept challenging situations. These women don’t easily say, “I want to give my baby away.” These women love their children. They are trying to find the very best situation for everyone. *Names have been changed.